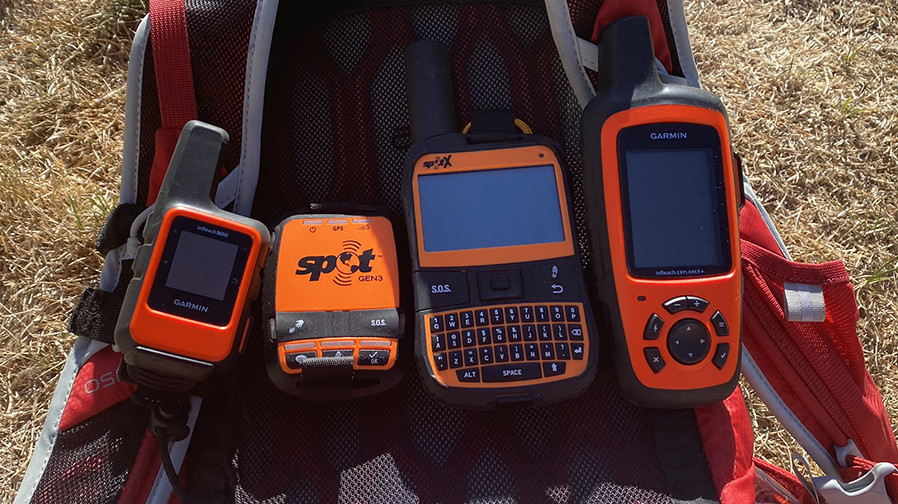 I bought the satellite messengers in the following order, and this was not based on best to worst. 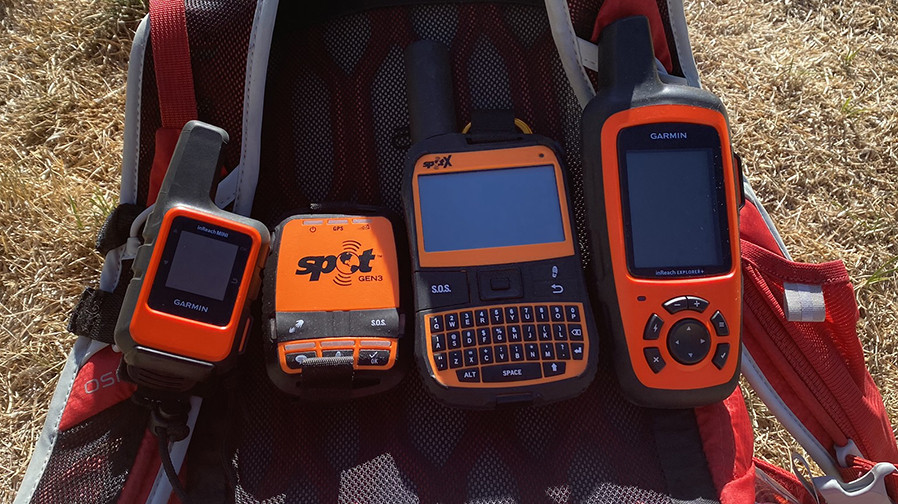 I actually started with the SPOT Gen 3 because it was the least expensive satellite messenger and I really wanted to have that security with me on my pack.

Next, I upgraded to the SPOT X due to it’s 2-way messaging function, plus the built-in keyboard and the unique U.S. cell phone number.

I wanted to finish with the Garmin inReach devices last because I believed they were the best satellite messengers and I wanted to end with what I believed would be the best.

I bought the Garmin inReach Mini, believing that I wouldn’t like it much, due to the necessity of having to sync my smartphone with the device. I was wrong. I enjoy the power that the inReach Mini provides when synced with my smartphone and since I mostly go on day hikes, the battery life on my smartphone is never an issue.

Finally, I purchased the Garmin inReach Explorer+ and it has it all. It can operate as a standalone device with maps, weather forecasts, and more, plus you can still have all the conveniences of home when you sync it to your smartphone. This is the device I would choose on longer, multi-day hikes.

Personal Experience with the Satellite Messengers

Here’s the bottom line with these satellite messengers, from my personal experience.

There’s not one right one device, as anyone of these could be the right one for you.

My preference though is to have one of the Garmin satellite messengers. 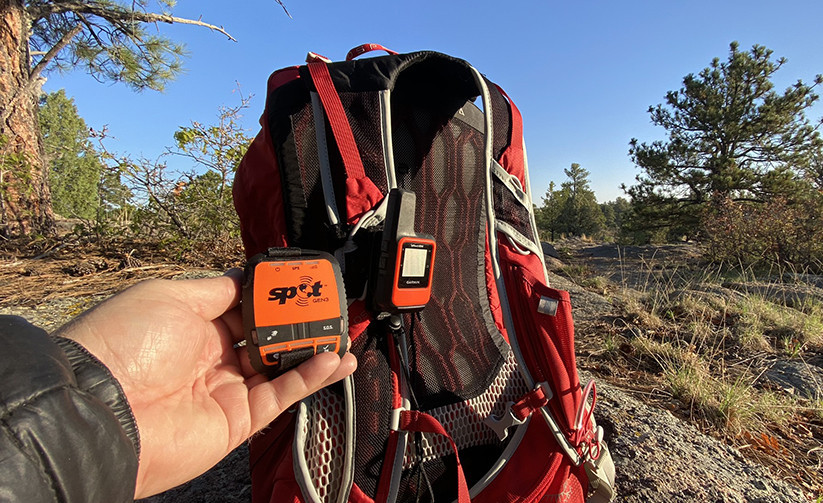 The SPOT Gen 3 is a great 1-way satellite messenger that has a tracking function, preset messages and an S.O.S. function. This could be the right satellite messenger for you if price is an issue or you want a minimalist device that does a great job of calling for help if you find yourself in a life-threatening situation. The SPOT Gen 3 is so small and lightweight that you will forget you have it on your pack. 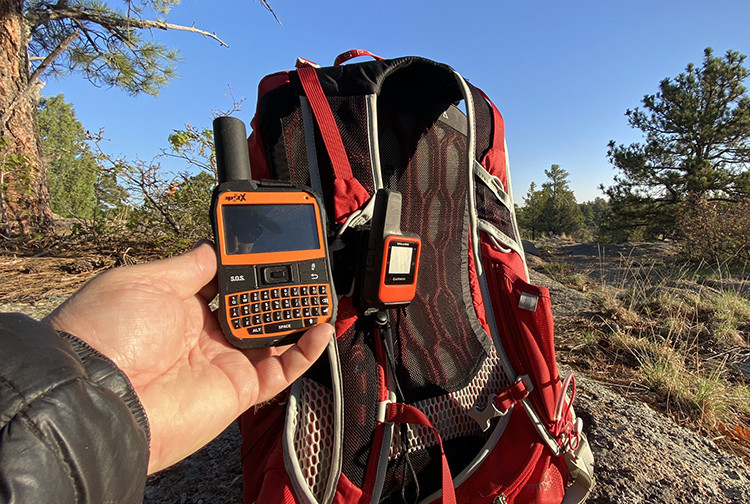 I was really interested in upgrading to the SPOT X, primarily due to it’s 2-way messaging, plus it has a built in keyboard and a unique U.S. cell phone number. I have always been concerned about people texting me and interrupting my peaceful hike in the great outdoors, so I have always questioned the need for a 2-way satellite messenger, however, this has not been an issue because everyone in my family knows I only have a certain amount of free texts and then each text will eventually cost money, so they have done a great job texting only in serious situation.

I have enjoyed having both SPOT devices and I would strongly recommend them to anyone, however, I have to admit that the Garmin inReach satellite messenger are much better to have on my pack. 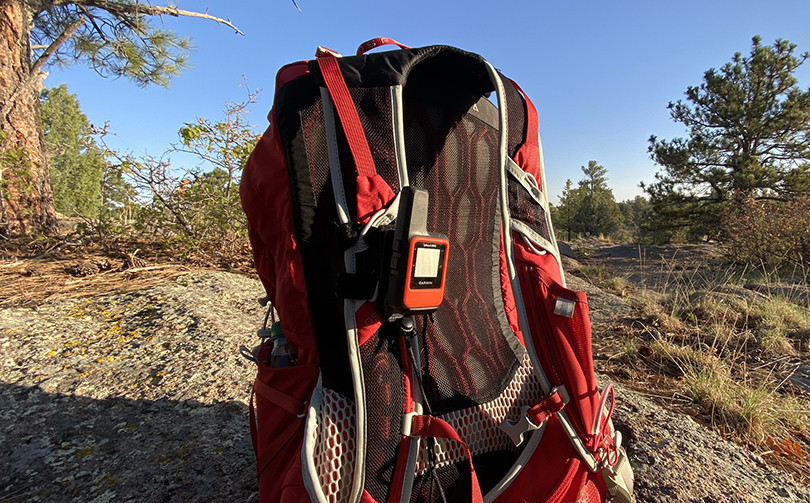 I was excited to buy the Garmin inReach Mini with its world wide, pole to pole satellite coverage, plus having access to topo maps, which really makes navigating on trails much easier.

My one concern though was having to rely on my cell phone’s battery life, due to the fact that you have to keep it synced in order to have access to the topo maps. Since I primarily go on day hikes, my phone’s battery life has not been an issue, however, I have added a portable battery charger to my pack in case I find I need to charge my phone.

The Garmin inReach Mini is extremely small and lightweight and I rarely realize I have it on my backpack strap. I have been surprised as to how much I like using my phone and the Earthmate app instead of looking at the Garmin device. It is so convenient to be able to look at the larger screen and type messages the same way you would if you were back home using your cell phone when in cell service coverage.

This is my go-to satellite messenger these days. 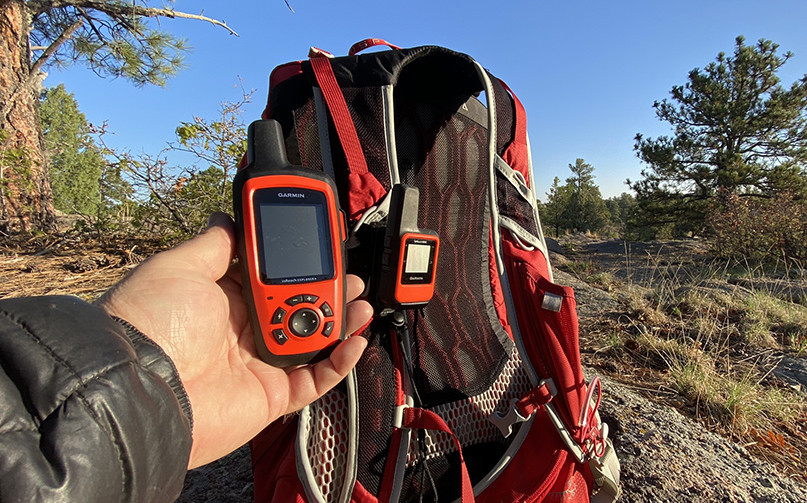 The latest satellite messenger I have purchased has been the Garmin inReach Explorer+. It is the largest of the devices but it comes with a better battery, topo maps, weather forecasting, Accelerometer and barometer, to name only a few of the things it has. You can also sync it to your cell phone and enjoy all the conveniences of home, especially being able to type messages quickly as you normally would.

This is the device for any serious adventurer, especially if you plan on going on longer outdoor adventures and don’t want to worry about your cell phone battery life.

Hands down, this is the best satellite messenger on the market.

But, how well do each of these satellite messengers do on messaging out in the wilderness?

First, the SPOT Gen 3 is only a 1-way messenger so I’ll talk about this one independently as you cannot receive messages. I found that there was about a 4 or 5 minute delay when sending out the first message, but then it seemed to get shortened to approximately 2 minutes on every succeeding message. The Gen 3 does a superb job on what it was made for and I couldn’t be happier having it as part of my essential gear.

Lastly, I tested the messaging between the Garmin inReach Mini and the inReach Explorer+. I have tested these three or four times on trails recently, and it seems as though the messages always go through within 2 minutes of when they were sent and the messaging has worked smoothly from both devices.

I was told of a concerned person that the SPOT and Garmin satellite messengers don’t like to communicate with each other, but as I have found out in my tests, there may be a longer delay time when sending messages but the messages were sent without any problems.

I would recommend any of these satellite messengers to people who are in the market for one. You only have to ask yourself what type of hiking you will be doing and what is important to you.

With all this said, if you still don’t know what one to buy, then go for the top of the line, being the Garmin inReach Explorer+.

Check out this short YouTube video of these satellite messengers.

Send me an Email if you have any questions or leave a Comment Below and I will respond quickly.