Have you ever been so exhausted and worn out that you at least had a small sense of what people experience when they just give up trying and die? That happened to me in southwest Colorado in 2012 and it was “The Day I Almost Gave Up.” I added that in quotations because me and my dog were really done for.

The Day from Hell in The Rocky Mountains

Everyone likes to say that any day in the mountains is a good day, but I’m here to tell you that is not true. My son, Caleb and my nephew, Stephan, went on a camping and day hiking trip in southwest Colorado, somewhere northwest of Durango, Colorado in September 2012. But let’s not get ahead of ourselves. Let’s start at the beginning.

The Bear Near Creede, Colorado

Well, we had done some extensive planning for this trip and found a trail just west of Creede, Colorado at the Rio Grande Reservoir. It had a great name for some outdoor adventures. It was called the “Lost Trail,” and boy was it ever lost.

But I need to stop the story once again. While we were traveling to the reservoir, we had stopped at an overlook of the Rocky mountains and we noticed a warning sign. It said that there were some recent bear attacks in the area and warned everyone to not sleep in tents or soft shelled campers.

That sure is a great sign to read and just gave us all kinds of happy goose bumps. 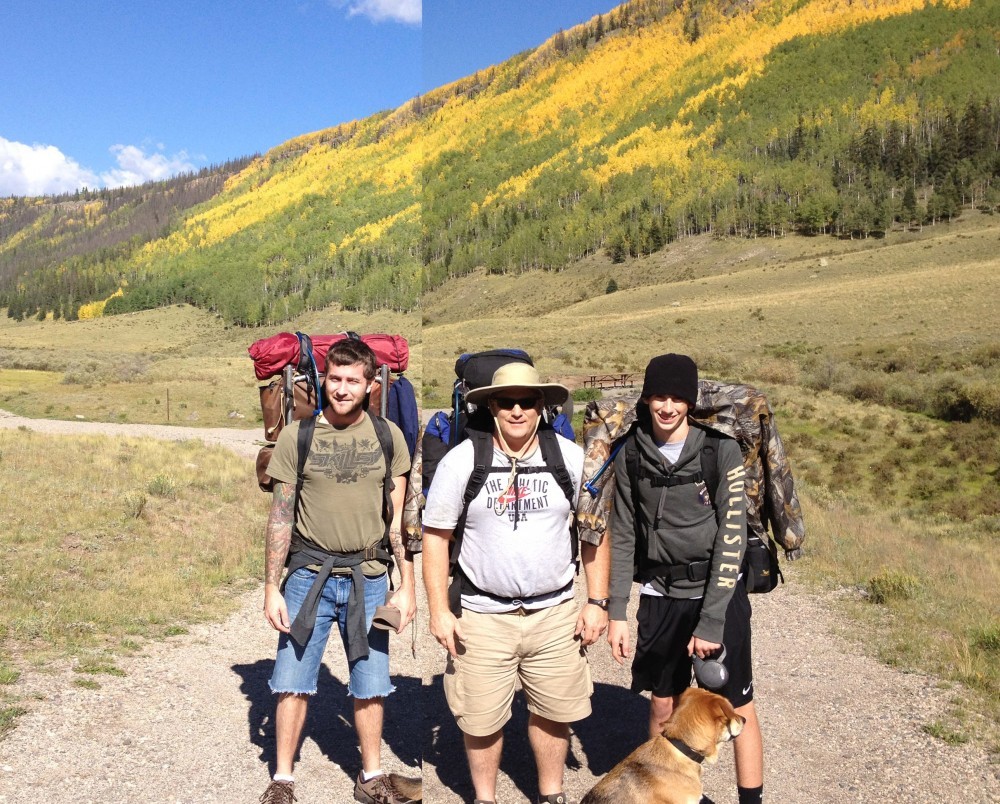 Now back to our bear story at the Rio Grande Reservoir. We parked at what we thought was the trail head parking area and took about 30 minutes before we located what we believed to be the trail. It was obviously rarely used. So, I hollered back at the boys and we set off on our new adventure up the “Lost Trail” and started heading around the mountain.

We had gone about 1/2 mile, but it was probably only 1/4 of a mile (you know how the fish in the story gets bigger over time) when we came to a worn out old fence. We knew from our maps that we were still within the national forest so we had no issues with climbing over the fence. Caleb went over the fence first and then it was my turn. I was half-way over the fence when we hear the bear.

I don’t know if you have ever heard a bear close by but you really don’t have to stop and ask “was that a bear?” We all turned and looked at each other, and without a word, headed back for the van. (I hate to admit that we were driving a van. It would sound so much more cool if I said we headed back to the truck) There are no man rules that say you have to be cool and bold in that situation. You just turn around like any normal feller would do and scoot on out of there.

Our Herd of Cows Experience

It started getting late and we knew that we had to find a place to camp for the night. I’m not sure if you are aware of this, but in Colorado, after the tourists all head home, the state campgrounds almost all shut down, at least they were in the area north of Pagosa Springs.

We finally decided to head up this gravel road to see if we could find a place to camp. Now, my son, Caleb, had fallen asleep,and we had started up this gravel road, when we came upon this small herd of cattle, probably 20 or 30 head and they were just standing in the middle of the road with no intention of moving. So, we did what any normal person would do. We started moving ahead slowly and then I honked my horn.

Well, that’s when the laughs started. The cows took off away from us, still running down the road, and I guess we scared the poop out of them because one of them in particular, started pooping while running away from us. This is the point where Caleb wakes up to see the cow running and pooping.

Let’s just say that the cows got a break because we had to pull over as we were laughing so hard.

We finally found a nice place to camp by a beautiful creek and enjoyed a relaxing evening with cows bellowing and pooping in the distance.

The next day we woke up and decided to try to find a nice trail. Remember that all of our trail research and maps were from the Creed, Colorado area so we could be smart and stop to get more maps, or we could just act like guys and not even think about asking for help.

We drove through beautiful Pagosa Springs, Colorado, which is one of my favorite places in all of Colorado, then headed towards Durango, Colorado.

We stopped briefly in Durango before heading up to another reservoir northeast of Durango, called Lemon Reservoir. We finally found a state park that was open at the far end of the gravel road. We could go no further. It was a beautiful location and we had it all to ourselves. The bad thing was that the state park employees had locked the bathrooms so we were rouging it again, but we were camped by a beautiful creek and had a nice campground to ourselves. What could go wrong?

The Day I Almost Gave Up

I have forgotten that we had another member in our group and it was my daughter’s dog, Ranger. 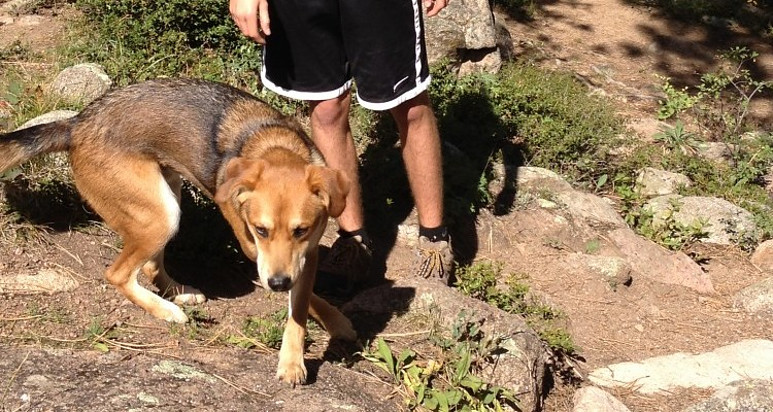 Well, the four of us headed up that beautiful trail and it was a gorgeous day. We couldn’t have asked for a better situation. We escaped the clutches of a bear, laughed until we dropped at the pooping cow and now we had an entire campground to ourselves, and nothing but an incredible trail in front of us.

We headed up farther into the Rockies and we, I mean I, kept expecting to come across a beautiful lake or river and it just never happened We crossed a small creek several times and saw a herd of sheep up around 11,000 feet but we never came across a lake, river or waterfall. I can’t tell you how many times I said, “let’s just see what’s around that next corner.” That Garmin inReach Explorer+ with navigation would have come in really handy about that time.

This picture above was about the point were we saw 14ers off in the distance and realize we were out of our league. What made it worse was there was a group of hunters that had gone up ahead of us and one of the horses had been hurt. One of the guides walked the horse down the mountain, and I kid you not, but we hadn’t gone more than a mile and the guide was coming back up the mountain with a different horse and he was acting like he had done that every day. It was just a walk in the park for him.

Well, we were exhausted by that time and I thought it was interesting that Ranger kept laying down and seemed wiped out. I figured that a dog could handle this better than us humans.

We were definitely 10 miles from our camp and you would think that going down hill would be easy but at that altitude and us being flatlanders, this was not going to be easy.

This is no joke but Ranger was so exhausted and kept laying down every chance he could that we had to take turns carrying a 40 pound dog down the trail. He kept laying down in the streams and you could tell it wasn’t just because he was lazy.

It was at this time that I had nothing left in me and it was everything I could do to put one foot in front of the other and keep moving back to the camp site. I realized then how I had read stories of men climbing Mount Everest and had told of others giving up the will to fight and choosing to die, rather than to keep moving.

There is no way I was at that level of exhaustion but that was the closest I have ever come in my life to feeling that way a little and actually told my son and nephew, that I just didn’t want to go any further.

We finally made it back to the camp site and that hard ground and tent never looked so good. I only say that because Stephan fell asleep on the picnic table first.

The Night of Strange Noises

After a day from Rocky Mountain Hell, we settled in for a well-deserved restful night sleep. Wrong!

I will keep this short because I have already been writing too long. In the middle of the night we awoke to the light sound of something that sounded like a gas powered generator. I kept listening and the problem was that it kept getting louder and closer. I’m not kidding, I was outside with a flashlight and a weapon looking for two eyes staring back at me. To this day, the only thing that I can connect that sound to in my mind, is the sound of a very large beast stomping around in the campground. It still gives me the shivers.

To make a long story short, we broke camp about 4am because we could not figure out what was out there and headed back to flatland.

This trip was filled with both beauty, wonder, exhaustion and fear. I love the mountains but I actually think this trip was one that I never want to repeat.

Never, head up a hiking tail and keep asking what is around the next corner. Have an understanding about how far you have gone and how long it will take for you to get back.

Lastly, don’t leave home without an Emergency Satellite Messenger. We could have used one that day. We were not about ready to press the SOS Distress Call button, but it would have been nice to message someone for help or at least some consolation from a family member and then a “GET YOUR BUTT MOVING AND GET BACK TO CAMP, BEFORE I COME UP THERE AND KILL YOU MYSELF.” 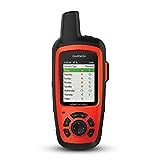 Please Leave a Comment below or Email me with any interesting stories you may have about the wild outdoors.

14 thoughts on “The Day I Almost Gave Up”