From recent experiences here in the Rocky Mountains of Colorado, here are two reasons to have a Garmin inReach satellite messenger.

Why I Need a Satellite Messenger

During those 30 years, hear are some close calls I, or others on my hiking team, have had:

Thankfully, none of these events turned out to be an actual life threatening event, but many of them could have.

In 2022 my Son, Daughter and Nephew hiked the first segment of the Colorado trail. It’s a 14.5 mile long trail but is not rated as difficult, unless you’re not prepared for long hikes at high elevations in Colorado.

We made it to around the half-way point in the trail when I realized I wasn’t going to make the trip. I chose to turn back, as of that point, the hike was all downhill I returned then, instead of several significant uphill sections that were still ahead of me if I continued on to the end of the trail.

My daughter decided to head back with me as she was having some discomfort in her legs, plus she was taught to always keep at least two people together at all times, from here search and rescue training.

We made it back to the dam and that’s where the difficulty set in. It was a wide flat road for the next six miles to the trailhead, but I was physically exhausted and the blisters and pain in Grace’s legs started to take its tole on the both of us. 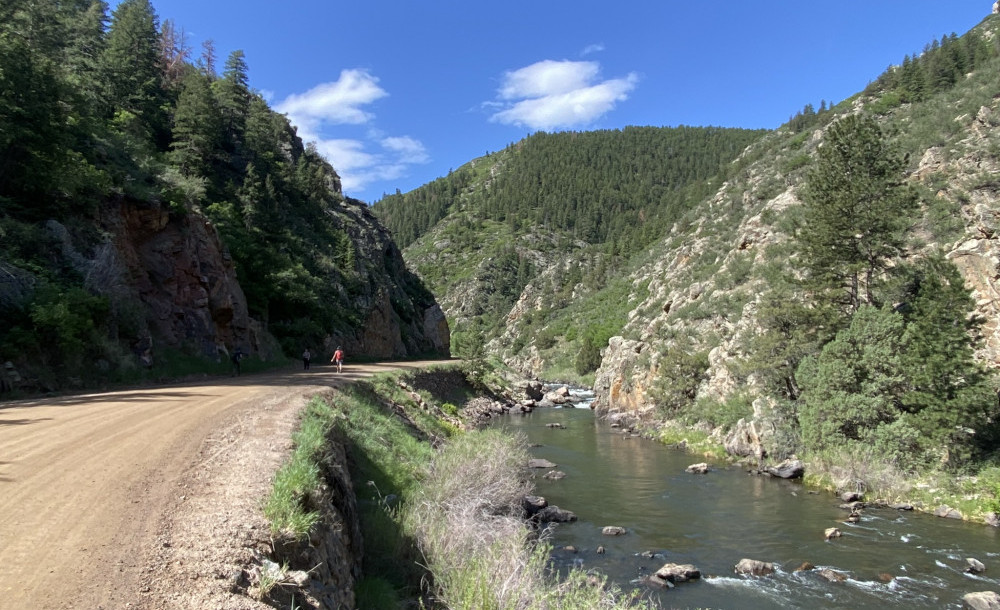 We were about 1.5 miles from the trailhead when I received a message from Caleb. He didn’t have his satellite messenger with him but he was high enough up on the mountain that he had cell service. I was closer to civilization but the canyon prevented us from getting any cell service, but Caleb was able to contact me on my Garmin GPSMAP 66i.

It was at this point that he told us he was in severe pain and wasn’t sure if he could get off the mountain. He thought they were about 2 miles from the end of the trail, actually they were still 4 miles away. We were trying to figure out the extent of his injuries and if I needed to call search and rescue for him as we know about where he was. My nephew was with him and we finally decided it wasn’t time to call S.O.S., however he asked if we could hurry to get around to the end of the trail to help him get off the mountain.

The problem was that Grace and I were also in trouble and having a difficult time getting back to the truck, but after hearing of his more serious situation, we found extra energy to get back to the truck as quickly as we could. Grace was in so much pain that she collapsed when she reached the truck. I immediately started driving as she took care of here blisters, and that’s when she let me know there was no way she could hike up the backside of the mountain to help get Caleb.

It took 1.5 hours for us to reach the end of the Segment 1 trail. I was hoping and praying that Caleb would be there waiting for us, but that was not to be the case. 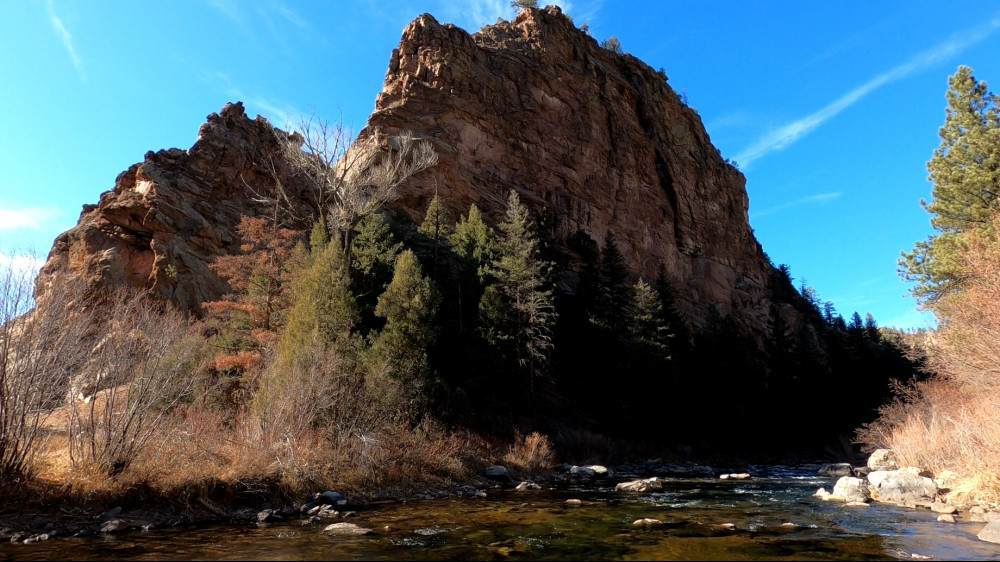 I lighted up my pack as much as possible and started up the trail, carefully of course, as I was physically exhausted and didn’t have much more to give. I finally came across Caleb and Stephen about 1 mile up the trail. Caleb was on make-shift crutches and Stephen was carrying Caleb’s gear to lighten his load so they could get to the end of the trail.

It was slow going for the last mile but it gave Caleb some reassurance knowing I was there and we were actually really close to the parking lot. We finally arrived back at the end of the trail and Grace went to work, using here first aid experience from search and rescue and her training as an EMT.

While Grace was taking care of Caleb, I sat down on a railing and started taking my boots off. I tried to pull my sandals on but became overwhelmed with nauseousness and started throwing up. There was nothing I could do about it. My body reached its physical limits.

Later Caleb told me he had never heard anyone throw up that loud before. Maybe that helped him take his mind off his pain. Caleb was on crutches for 3 or 4 days after that, but the good news is that we all lived.

The second example showing how important satellite messengers are was not a life-threatening situation, but it was about being able to communicate and find each other when we were outside of cell service deep in the Rocky Mountains.

I had done some research of the area several weeks before this fishing trip to find some good remote campsite locations. I found a lot of them in the forest service are west of Deckers, Colorado. The only issue is that these campsites cannot be reserved. They are first come, first serve. The other issue I found is that there is little to no cell service in the area.

Thankfully I was able to convince Mike to spend some money and go ahead with his decision to purchase the Garmin Montana 700i for this trip. It’s a good thing because without it, it would have been nearly impossible to find each other in that area.

I arrived in the area Wednesday afternoon to find a campsite. There were plenty available as it was mid-week. I shared my location with Mike and later he responded with his 700i letting me know he had received the location and was not far away. He then messaged me again to let me know he was at the Cheesman Canyon parking lot and was almost to the campsite. 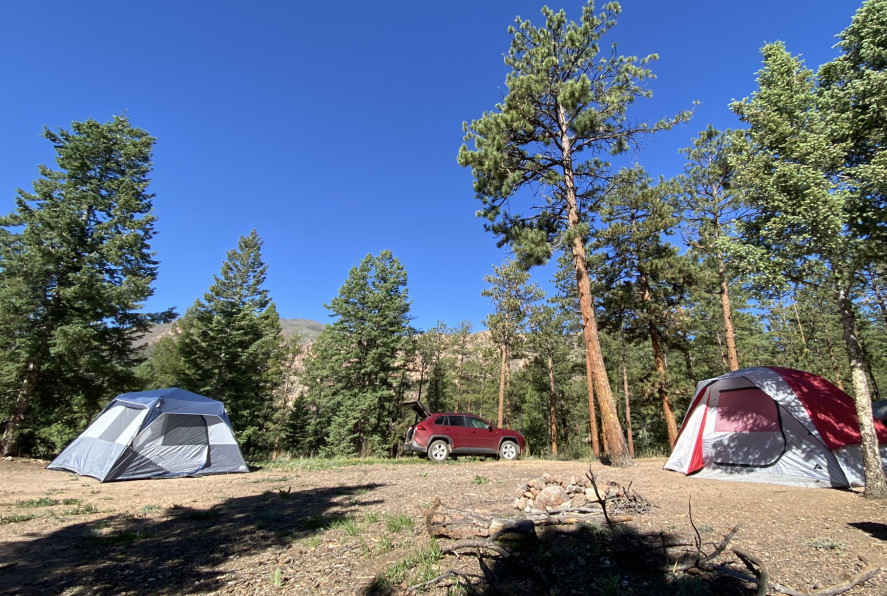 I set my timer for 25 minutes and walked down to the dirt road he would have to take in order to get to me. I knew it would only take about 25 minutes to drive the 8 miles because I had already driven it several times in the past, plus earlier that day.

I waited for about 30 minutes before sending him a message to ask if he was lost. He replied that he only had a few miles left to go. After 1 hour, figured something was really wrong and asked him to share his location with me. The Montana 700i was so new to him that he did not know how to share his location. If he had shared his location, I would have been table to see he had gone completely the wrong way. He ended up driving about 40 miles or so and finally showed up about 1.5 hours later.

The good news is that due to having the satellite messenger, he was able to find me, even though he drove halfway through the Rocky Mountains to get to me.

Everything turned out fine, but he did learn how to share his location with me after that little mishap.

We had a fireside chat a few days later talking about each of our satellite messengers. Mike has the Garmin Montana 700i and I have the Garmin GPSMAP 66i.

I didn’t have to prod him on how important the satellite messengers were to us on this trip. He was sold on it and will not be leaving home without one on his future outdoor adventures.

Side Note: Mike sent his Montana 700i back and upgraded to the Montana 750i, as it has a camera that supplies GPS coordinates with each photo.

Check out the YouTube video below for more detailed information about these two real world examples here in Colorado. 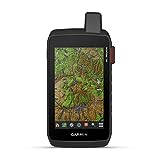 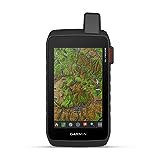 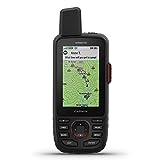